An Observational Study on Importance of CPR Provider Medical Safety: Hemodynamic Changes and Fatigue in Young Healthy Adults after Multiple Cycles of CPR

Background: Cardiopulmonary Resuscitation (CPR) guidelines emphasize delivery of effective chest compressions but do not strongly address the medical safety of CPR providers. We determined the effects of chest compressions on healthy adult firefighters’ symptoms, hemodynamics, and electrocardiography after performing multiple cycles of CPR.

Methods and Findings: Healthy adult firefighters were trained in CPR (compression: ventilation= 30:2, compression rate: at least 100/min, compression depth: at least 2 inches) and performed CPR on mannequins. Provider vital signs (blood pressure, heart rate, respiratory rate, O2 saturation, end-tidal CO2 tension, and pulse pressure), electrocardiography, and fatigue scores (on a scale of 0 to 10 from none to worst) were determined immediately before CPR (T1), after 5 cycles of CPR (T2), and after 10 cycles of CPR (T3). In addition, the presence of clinical symptoms (e.g., shortness of breath, dizziness) among the providers was determined after CPR. 39 firefighters participated in the study. Their mean age was 35.54 ± 10.26 years. Many providers developed fatigue, shortness of breath, and dizziness. Significant changes in heart rate (Ã°ÂÂ’Â‘=0.000), respiratory rate (Ã°ÂÂ’Â‘=0.010), end-tidal CO2 ( Ã°ÂÂ’Â‘=0.000), O2 saturation (Ã°ÂÂ’Â‘=0.000), and pulse pressure (Ã°ÂÂ’Â‘=0.000) were observed after both 5 and 10 cycles of CPR. One participant developed sinus dysrhythmia and premature ventricular contractions (PVC) after 10 cycles of CPR.

Conclusions: Delivery of chest compression results in fatigue and hemodynamic alterations in many young healthy adults after performing 5 or 10 cycles of CPR. To optimize medical safety of CPR providers, guidelines and education should take into account the age and presence of cardiac disease of CPR providers.

Immediate delivery of cardiopulmonary resuscitation (CPR) by bystanders significantly reduces mortality in patients with sudden cardiac arrest since severe brain damage occurs as early as 4-6 min after cardiac arrest [1,2]. As a result, CPR training has targeted the general population without any medical background with several studies evaluating the optimal methods for achieving this goal [3-5].

Several studies have demonstrated an association between provider exhaustion and poor quality of CPR and there is evidence that switching roles during the delivery of CPR can reduce fatigue [6-10]. CPR providers can easily become exhausted, especially when only one rescuer is available or when rescuers are female or relatively thin [11,12]. Moreover, in 2011, The Korean Association of CPR published a study demonstrating fatigue in middle-aged women providers resulting in a low quality of chest compressions despite following appropriate CPR recommendations [13]. However, few if any studies have paid particular attention to the medical safety of CPR providers while delivering CPR.

In addition, recent studies on the new CPR guidelines have found that emphasis on chest compressions has resulted in low quality performance due to fatigability among CPR providers [8,14]. Therefore, the current study was designed to evaluate the impact of performing multiple cycles of CPR on provider medical safety by assessing symptoms, fatigue, and hemodynamics.

We performed a prospective, observational study to determine the effects of performing chest compressions on CPR providers.

The study enrolled healthy adult firefighters with or without prior CPR training and experience. Informed consent was provided to participants, and this study was approved by institutional review board of Soonchunhyang University.

Participants were asked to fill out a pre-test survey and then they viewed a 2 min CPR education video clip produced by The Korean Association of CPR. Participants were connected to a device that monitored vital signs and 3-lead electrocardiogram (Lifepack® 15 Monitor/Defibrillator, Physio-Control, USA). Specific instructions on the rate (at least 100/min) and the depth (at least 2 inches) of chest compression component of CPR were emphasized and strictly supervised. After performing 5 cycles of CPR (1 cycle: compression: ventilation = 30:2) on a mannequin (SimMan® Essential Laerdal Company, Norway), the subjects were instructed to take a break, long enough for them to return to their resting state, prior to beginning another 10 cycles of CPR. A boardcertified emergency medicine physician was present throughout the experiment in case of any medical emergency among the participants.

The subjective level of fatigue was measured on a verbal numeric scale from 0 (no fatigue) to 10 (most fatigue imaginable). Vital signs (blood pressure, heart rate, respiratory rate, O2 saturation, endtidal CO2 tension, and pulse pressure) and electrocardiography of providers were taken at rest immediately prior to CPR (T1), after 5 cycles of CPR (T2), and after 10 cycles of CPR (T3). Clinical symptoms after CPR were assessed by an open-ended question that asked symptoms that participants experienced during or after 10 cycles of CPR.

Binary data were summarized as numbers and percentage frequency of occurrence. Continuous data were summarized as means and standard deviations (SD) or medians and interquartile ranges (IQR). Participants were grouped into 3 categories based on BMI (Normal, overweight, and obese). The paired T-test and ANOVA were used to compare hemodynamic changes by number of CPR cycles and BMI. The X2 test was used to compare the occurrence of any ECG changes by number of CPR cycles and BMI. Pearson’s correlation was used to analyze the correlation between pulse pressure and ETCO2. A p-value less than 0.05 was considered statistically significant. SPSS (IBM, Armonk, NY, USA) for Windows version 21.0 was used for all statistical analyses.

Table 1: Characteristics of the study subjects. 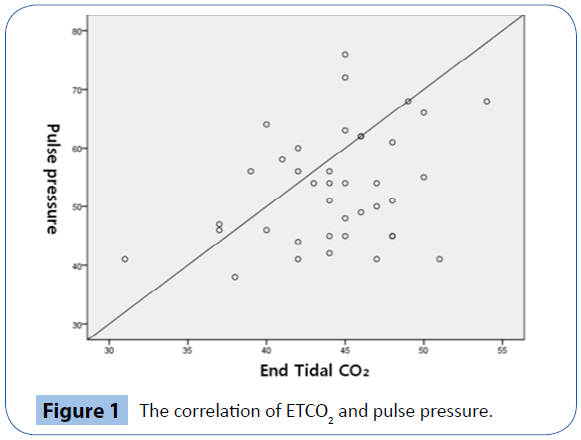 Figure 1: The correlation of ETCO2 and pulse pressure. Figure 2: Dysrhythmias detected in a subject after performing 10 cycles of CP.

Clinical symptoms and fatigue after 10 cycles of CPR

Recent CPR guidelines issued by the American Heart Association (AHA) emphasize immediate delivery of chest compressions by bystanders so called “Hands-only CPR” (CPR without ventilation) [6]. In addition, in 2010, the AHA changed its recommendations on the depth and rate of compression from 38-51 mm to 50-60 mm and from 100/min to100-120/min respectively [6]. However, emphasis on chest compressions demands physical strength and may cause provider fatigue [15]. Therefore, the current study was specifically designed to assess the medical safety of the CPR provider, by studying the effects of chest compression on fatigue, symptoms, hemodynamics and ECG after performing multiple rounds of CPR.

Increases in respiratory rate and ETCO2 combined with decreases in SPO2 are also of clinical relevance based on the fact that 33.3% of the participants reported difficulty in breathing after 10 cycles of CPR. Thierbach and colleagues asked subjects to perform CPR only by ventilation and claimed that artificial ventilation can adversely affect the CPR providers’ health due to hyperventilation [20]. However, Kim et al. demonstrated an increase in ETCO2 after CPR including both chest compressions and ventilation, [8] which is similar to our observations. This physiological phenomenon is normal response to excessive muscle use during chest compression, which causes a reduction in oxygen diffusion capacity and inadequate perfusion. However it can be potentially dangerous for CPR providers with background medical illness, such as cardiovascular disease.

In the current study, one male participant (height: 163 cm, weight: 69 kg, age: 50) with a prior history of hypertension, developed sinus dysrhythmia and premature ventricular contractions (PVCs) after 10 cycles of CPR (Figure 2). This participant also complained of difficulty breathing. In addition, his pulse pressure was slightly above normal prior to CPR and rose to 61 mmHg after 5 cycles of CPR. As noted earlier, increased pulse pressure has been shown to be associated with cardiovascular disease and increased mortality, [16-19] and in 1982 Memon and colleagues reported a case of fatal myocardial infarction following CPR training raising medical safety concerns in CPR providers [21]. The case reported here once again raises the potential danger of performing CPR.

Recent studies recommended switching roles in CPR every two minutes in order to prevent one rescuer from performing chest compressions for more than 5 cycles [7,10]. The current study supports this recommendation by finding that there were significant changes in vital signs after 5 cycles of CPR.

As recent studies found no association between physical characteristics of CPR providers and fatigability during CPR, [8,14] current study did not find any clinically significant association between BMI and health of CPR providers. Interestingly, current study found that individuals with normal BMI were associated with greater drop in SPO2 after CPR. This phenomenon may be explained as healthier people performed CPR more vigorously utilizing more oxygen.

The following limitations should be considered when interpreting the results of the current study. First, the study was conducted using a mannequin and was not a live clinical scenario. Consequently, participants did not experience as much urgency, stress, or fatigue as they would in an actual emergency condition. Second, subjects were healthy firefighters who may not be representative of the general bystander population. Third, the device used to monitor vital signs was not able to detect continuous hemodynamic changes throughout CPR performance. Future studies should include a wider variety of study subjects and record vital signs and ECG continuously while performing CPR. Fourth, although the rate and the depth of chest compression was strictly supervised, an objective method was not utilized in current study on measuring the depth of compression. Future study would be significantly benefitted if the intervention included an objective method of controlling depth of chest compression by minimizing person to person variation in intensity of CPR